An autonomous radio station that continuously streams live radio from wherever the sun is rising.

by Daniel Jones and Seb Emina

Global Breakfast Radio (2014-) is an online radio station, broadcasting 24 hours a day, that transmits live radio streams from wherever it is breakfast-time right now. It follows timezones westwards, moving across oceans and continents on the crest of a wave of sunrise.

It draws from a pool of over 250 stations in more than 120 countries, curated by Daniel Jones and Seb Emina. These range from Radio Wassoulou Internationale in the Wassoulou region of Mali to KUAM Isla 63 AM, the oldest existing radio station on the western Pacific Island of Guam, broadcasting since 1954. It, and the listener, leaps in an instant from Sarajevo to Prague to Reykjavik, where you'll be briefly humming the same tune as the butcher, taxi driver and lawyer waking up in these far-flung places. 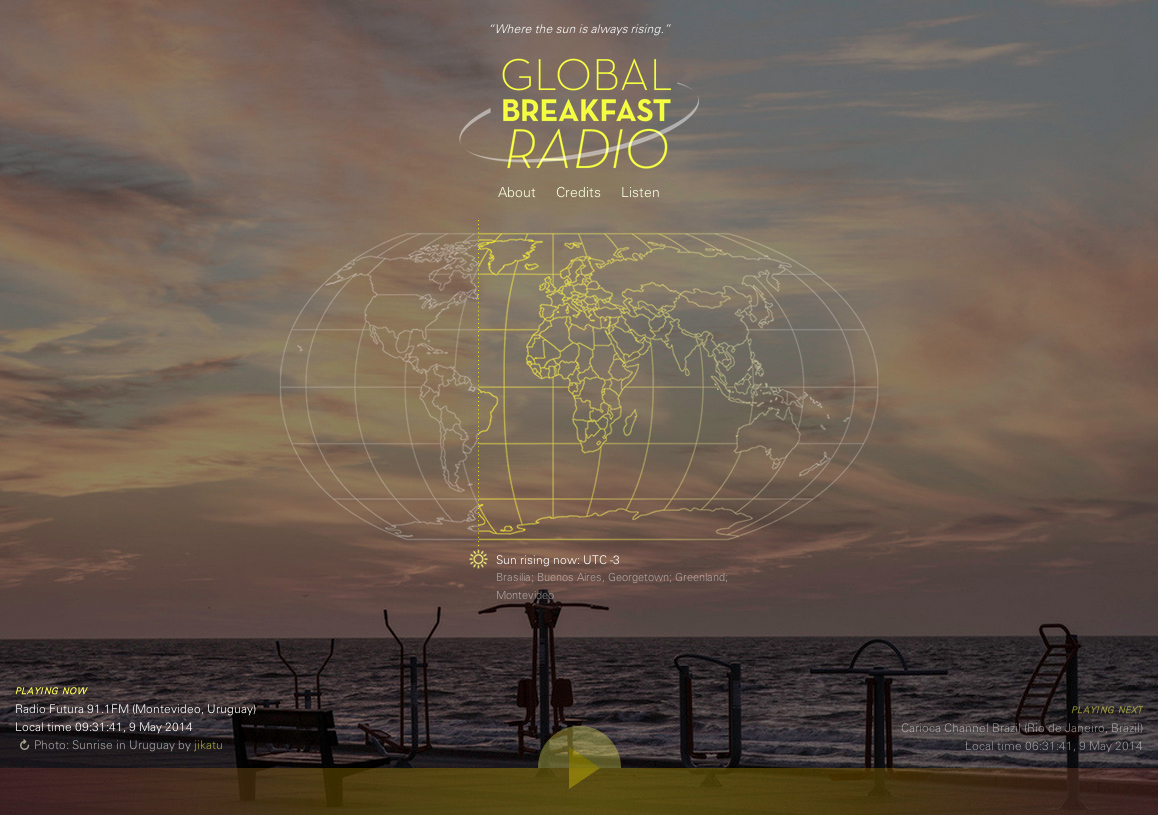 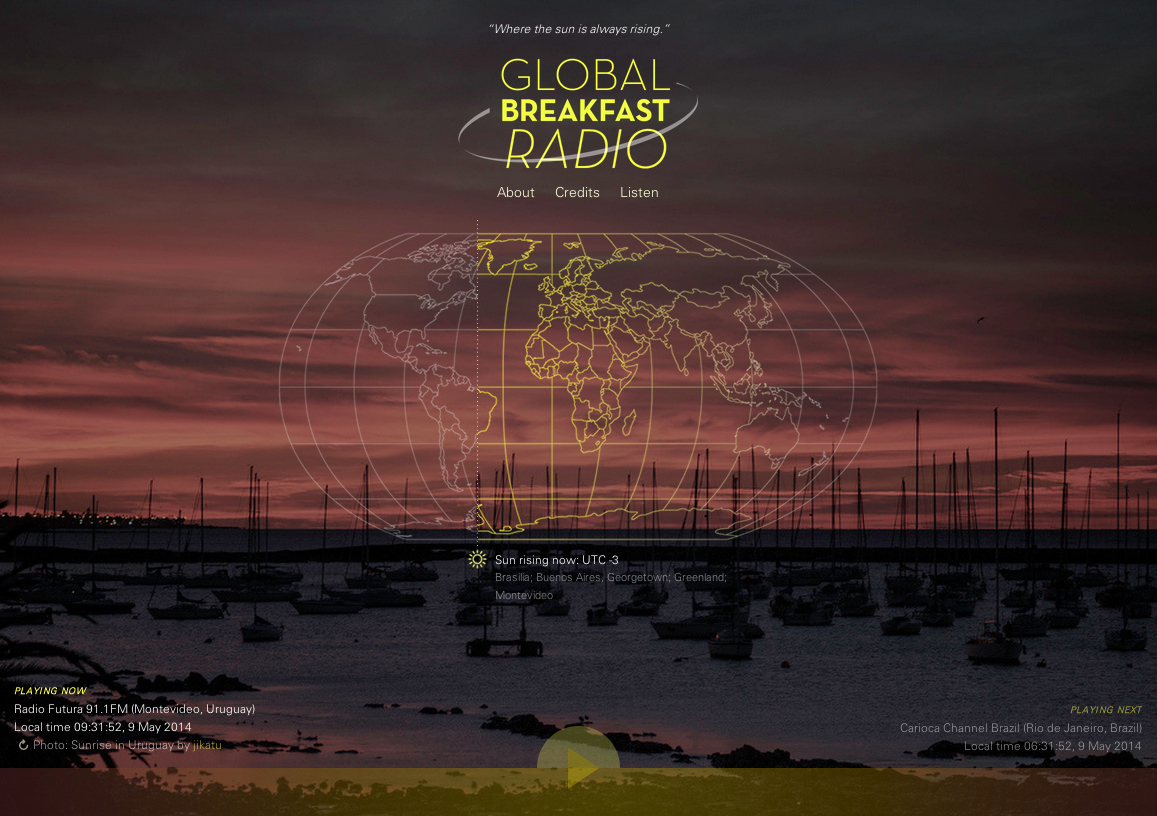 The site is backgrounded by a continuous stream of photographs portraying sunrise from the current broadcast location, selected from a pool of 10,000+ Flickr Creative Common images tagged with "sunrise". Sunrise and sunset images are a ubiquitous trope across the Instagrams of the world, one that we have repurposed to give the site a real sense of place, underscoring the way in which Global Breakfast Radio puts you in the eyes and ears of thousands of unknown people around the globe.